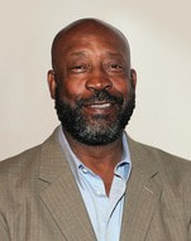 During his sophomore year, Tony Nathan became one of the first black football players at Woodlawn High School in Birmingham, Alabama. In his four seasons with the Crimson Tide, Nathan rushed for 1,997 yards, with 29 touchdowns and a 6.4 yards per carry average. Also excelling as a kick returner, he finished his college career with 30 touchdowns and 3,362 all-purpose yards, including a 10.9 average in yards per punt return.

Nathan was the Dolphins' starting running back in Super Bowl XVII and Super Bowl XIX. He finished his nine NFL seasons with 3,543 yards rushing, 383 receptions for 3,592 yards, and 32 touchdowns (16 each rushing and receiving). He also completed four of eight passes for 61 yards and a touchdown. He retired from playing in 1988, and became an assistant to Don Shula.
C4C Champion 2017, 2018 & 2019