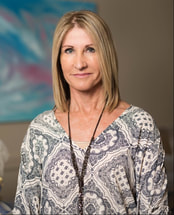 Competed on the LPGA Tour for 19 yrs. Won 3 tournaments during her career.  Terry-Jo received numerous awards during her career including the Ben Hogan Award, Golf Digest and LPGA Tour comeback player of the year as well as the prestigious Philadelphia Sports Writer Award.

She served as a National Spokesperson for Johnson and Johnson Pharmaceuticals for 10 years. Terry-Jo also spent time lobbing and testified before Congress on numerous occasions for research funds.  Appointed by Governor Bush to the Florida Sports Foundation, where she served  for 4 years.  Two of the four years she served on the executive committee as the Grant Chairman for the  state of Florida.
C4C Champion 2017, 2018 & 2019