Kehoe, played offense of line for the university of Illinois from 1982 to 1987. He had a notable career at Illinois as a four year starter, playing in the Liberty, Rose and peach bowl‘s. Scott earned 1st team all big 10 honors and was a elected participant of the east west shrine all star football classic. He was voted most valuable lineman by his teammates. Scott also played for Don Shula and the Miami Dolphins as an offense of lineman from 1987–1989.
​
Scott is married to Laura and has four kids. Scott currently works in the pharmacy business for Maxor national pharmacy services, He is the vice President of sales.
C4C Champion: 2015, 2016, 2017, 2018 & 2019 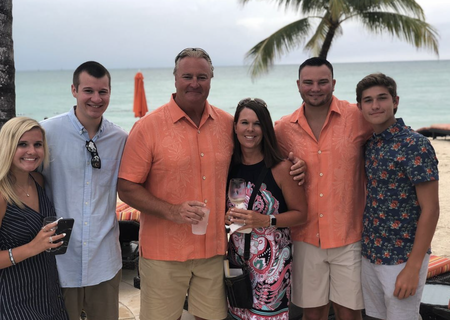