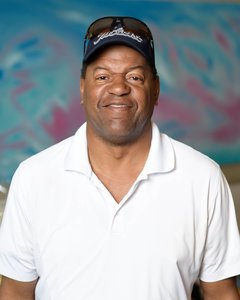 Rogers Alexander
Sport: NCAA Football, NFL
Teams: Penn State University, New York Jets, New England Patriots
​
Rogers Alexander attended Penn State from 1982 to 1985. While at Penn State he was a member of the 1982 National Championship Team and Team Captain in 1985 for the National Championship game against Oklahoma. Alexander was also recognize as the MVP of the Hula Bowl as a Nittany Lion.
Alexander was the 4th round pick in the 1985 NFL draft by the NY Jets and also play for the New England Patriots. ​

For the past 5 years rogers as been employed as a consultant in mostly service related or charitable industry advisement. He has been involved with children and young adult mentoring since being a DeMatha Day Camp Counselor in high school. While a police officer in Washington DC he witnessed first hand the impact of the environment on young lives. C4C was a natural fit for Rogers.
C4C Champion: 2014, 2015, 2016, 2017, 2018 & 2019