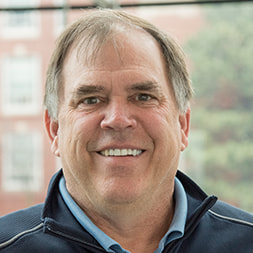 Matthew Bahr is a former professional American football placekicker in the National Football League, and professional soccer player in the North American Soccer League. He attended Neshaminy High School in Langhorne, Pennsylvania where he excelled in both football and soccer. He is the son of National Soccer Hall of Fame inductee Walter Bahr, and is the brother of NFL kicker Chris Bahr.

As a senior at Penn State, in 1978, Bahr was a consensus All-America selection. In 1978, he signed with the Colorado Caribous of the North American Soccer League, for whom he made 24 appearances and made three assists. The Caribous traded him to the Tulsa Roughnecks during the season, and he made two appearances. On March 27, 1979, he signed with the Pennsylvania Stoners of the second division American Soccer League.

In 1979, he was drafted by the Pittsburgh Steelers in the sixth round of the 1979 NFL Draft.  Over his career, which spanned from 1979 to 1995, he played for the Pittsburgh Steelers, the San Francisco 49ers, the Cleveland Browns, the New York Giants, the Philadelphia Eagles and the New England Patriots.  As a rookie, he won a Super Bowl ring with the Steelers in Super Bowl XIV. His longest tenure was with the Cleveland Browns where he played for 9 years and was cut during the 1990 preseason.  In late September of that season he was picked up by the New York Giants after a repetitious injury to Raul Allegre. He is best remembered for his performance in the 1990 NFC Championship Game on January 20, 1991, as he set an NFC Championship Game record with five field goals (including a 42-yarder as time expired) to lift the Giants past the 49ers 15–13. He also kicked what would prove to be the decisive field goal in Super Bowl XXV on January 27, 1991, as the Giants beat the Buffalo Bills 20–19, also recording a tackle on the opening kickoff.  Bahr held the record for longest span for a player between Super Bowl victories at 11 years, until Ray Lewis of the Baltimore Ravens went 12 years from Super Bowl XXXV in 2001 to Super Bowl XLVII in 2013.

Bahr finished his 17 seasons with 300 of 415 field goals and 522 of 534 extra points. Overall, he scored a total of 1,422 points. At the time of his retirement, Bahr was the last active NFL player that played for the Steelers in at least one of their four Super Bowl wins in the 1970s.