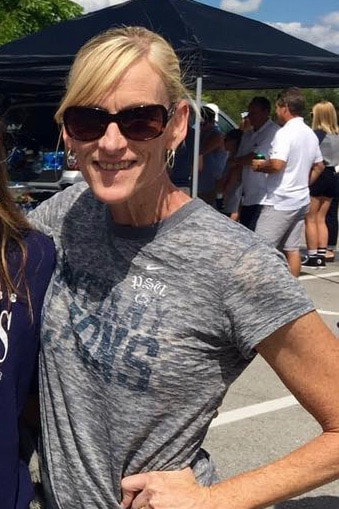 Background as Former PSU Assistant Gymnastics Coach:
Having the opportunity to be coached by and work with former head coach Judi Markell (Avener)  honed Bastardi for her role as Penn State assistant coach. Bastardi brought the stability and knowledge garnered from more than 20 years of involvement in the Penn State program. Bastardi's energy, drive  and enthusiasm for the sport carried over to the team. There is a lot of pain and hard work in gymnastics and the combination of her athletic background, her knowledge of what Penn State offers both academically and athletically, and being able to work with two of Penn State women's gymnastics' most successful head coaches has been a huge plus for her as a coach.

Although involved in all four events, Bastardi's main emphasis in the gym was beam and floor, and she is responsible for the choreography on both events. "Our mission is to reach beyond our grasp and instill lessons that will make an athletes' participation a foundation for continued success throughout life" says Bastardi. Jess beloved that success as a team and as coaches does not end with graduation, but is something that must go beyond.

Jess's Gymnastics Career:
The former Jessica Strunck came from a close knit family of 10, with five boys and three girls, all excellent athletes in their respective sports. The combination of talent, competition and hard work learned as a child paid off in her gymnastics career. Jess’s Career in Gymnastics included an all-around national championship in high school, followed by a career as a 4 year all-around performer for Penn State Women’s Gymnastics.  She captained the team to 6th in the nation her senior year, and won 2 individual event conference championships in the same year.  She then became an assistant coach for 20 years for her alma mater. Coaching multiple Conference Champions and All-Americans.

She graduated from Penn State in 1989 and is married to meteorologist and former Penn Stater Joe Bastardi, who graduated in 1978 and lettered in wrestling. They have 2 children Garrett & Jessie who both attend Penn State. Garrett is an aspiring golfer and Jessie is currently competing on the PSU Women's Gymnastics Team.


NOW:
Jess currently works as the administrative assistant to Penn State Wrestling and Men's Volleyball Programs . She is an integral part to this National Championship Team.
C4C Champion 2014, 2015 & 2018