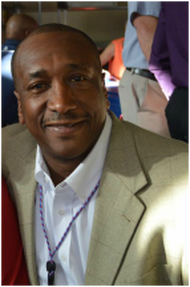 Basketball Career
A retired American collegiate and professional basketball player. Givens
led the University of Kentucky the 1978 NCAA Men's Division I Basketball Championship and was named that year's Final Four Most Outstanding Player due in most part to his 41-point performance in Kentucky's 94-88 victory over Duke University in the championship game. Givens lettered four times in varsity basketball from 1974-75 to 1977-78. In that span, he scored 2,038 points in 123 games (16.6 ppg), ranking third on the school's all-time scoring list. Following his collegiate career, the Atlanta Hawks of the NBA drafted Givens with the 16th overall pick in the 1978 NBA Draft. He played two years for the Hawks, scoring 1,040 points in 156 games.